In Michigan, felonies are distributed into eight classes and carry severe penalties. The classes range from Class A to Class H, with Class A being the most severe.

A Class A felony is generally charged for first- and second-degree murder, assault with a deadly weapon, kidnapping, and criminal sexual conduct in the first degree. Class A felonies may result in life in prison because Michigan does not have the death penalty.

A Class B felony is generally charged for crimes such as arson and child abuse. Class B felonies may result in up to 20 years in prison.

A Class C felony is charged with crimes such as manslaughter, robbery, and harming someone while human trafficking. Class C felonies may result in up to 15 years in prison.

A Class D felony is usually charged when someone embezzles or steals more than $20,000 worth of property or money and for human trafficking. A Class D felony conviction may result in up to 10 years in prison.

A Class E felony will result if someone possesses a firearm with the intent to harm or intimidate another person. A Class F felony conviction is punishable by up to five years in prison.

A Class F felony will be charged if someone manufactures or is caught trafficking less than 5 kilos of marijuana. A Class F felony conviction is typically punishable by up to four years in prison.

A Class G felony is usually charged if someone commits check fraud or is guilty of domestic violence. A Class G felony conviction is punishable by up to two years in prison.

A Class H felony is the least severe felony that can be brought against someone and may result in the defendant being sentenced to jail time or even an alternative program that allows them to avoid jail time.

Regardless of if you are being charged with a misdemeanor or a felony, hire an attorney who can aggressively represent your best interests. To contact an experienced criminal defense attorney in Michigan, contact us at the Law Offices of Ravi R. Gurumurthy by filling out a form online for one of our attorneys to contact you, or call us at 231-577-1580. 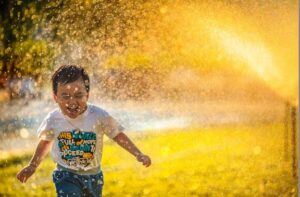 Child custody refers to a court order determining how a child will be cared for if the child’s parents are not together and do not share the same residence. Sometimes these issues are established outside of the court system and do not require a court order; however, in many situations, especially when there is a divorce, the court must get involved because parents cannot agree on what is best for their child.

Custody agreements and orders determine where the child’s primary residence will be, what visitation rights there are, and who has the legal authority to make decisions on behalf of the child. When deciding who will have physical custody and legal custody of the child, the court will review several factors, including but not limited to the following:

Best Interest Of The Child

The court’s first objective is to act in the child’s best interest, regardless of the child’s desires. To do this, the court will determine the following for the child:

It may not seem fair, but the family court has the right to look into all aspects of each parent’s life, and that includes work history, disciplinary ability, criminal history, and even each parent’s history of sexual partners. By reviewing the above aspects, the court is only attempting to do what is in the child’s best interest and place them with a parent who will provide them with the best life. The best life does not merely mean spoiling them and giving them what they want but will help them become a productive member of society by providing a safe and caring home.

When dealing with a child custody battle, hiring an attorney who will aggressively fight for your right to be a part of your child’s life is essential. Failing to have adequate representation might result in an unfair balance of power, with the represented parent getting more time and say in their child’s life than the non-represented parent. To hire an experienced family law attorney, contact us today at the Law Offices of Ravi R. Gurumurthy by filling out our form online for one of our attorneys to reach out to you, or call us at 231-577-1580.

By Ravi Gurumurthy | Published December 8, 2022 | Posted in Uncategorized | Comments Off on Felonies