The Expungement: The Clean Slate that Can be Found

In life, sometimes we make mistakes and sometimes, those mistakes were never warranted in the first place. One way to recapture your reputation is presented with the concept of an expungement. To understand the meaning of an expungement, we need to understand that it is a concept that has the effect of settling aside a criminal conviction that will allow a former defendant to be truthful in job applications and grasp a sense of freedom that they did not after receiving a conviction. 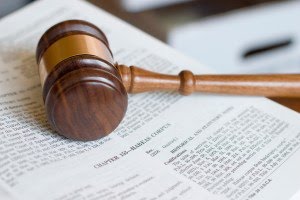 While the concept of an expungement is something that is a potential dream come true, the theory of an expungement is far easier said than done. Lawyers such as Scott Grabel have developed a reputation for winning expungements on a regular basis but as Grabel and his team will be the first to tell you, the biggest thing to understand with an expungement is a careful research of the law and making the determination that not all crimes can be expunged. The law to research when looking at expungements is not an overly difficult one to understand but presents an extremely hard concept to apply (MCL 780.621).

One leader in the criminal field is Ravi Gurumurthy, whom practices in Cadillac, Michigan. Ravi has recently won several hotly contested expungement cases in a 200-mile radius. When asked about expungements, Gurumurthy said the biggest mistake that people make is not having their paperwork in place. “The forms that are needed are often get overlooked. A lot of people feel that they can do the process on their own but without a certified copy of their conviction, they stand lose their petition. In addition to this, they need two copies of certified fingerprints completed. While this sounds easy, the majority of people hire lawyers that lose the matter in the preparation. There is no question that the devil is in the details and without details, the only thing that the client will get is an attorney bill that does not equate to success.”

The expungement does present a lot of hope in the promise but far too often, the results are not what the client desires. The right lawyer is a key to achieving success when making the expungement application.

By Ravi Gurumurthy | Published May 24, 2017 | Posted in Uncategorized | Leave a comment